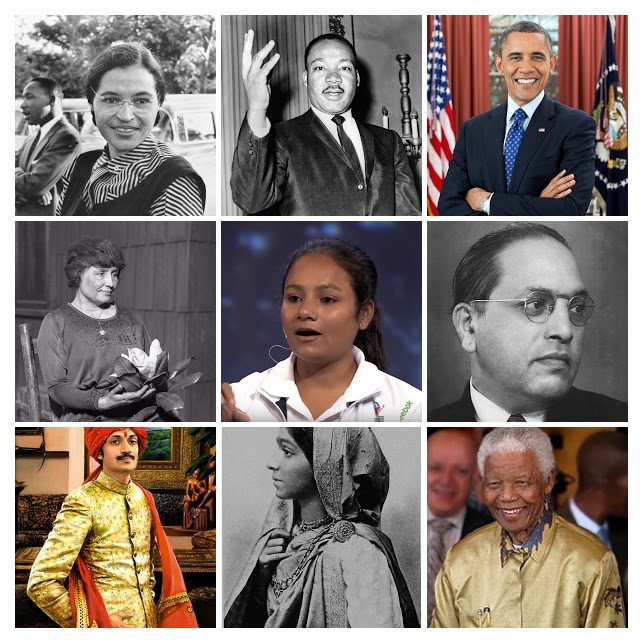 Inclusion is a journey..

The world is huge and even the best of us, know just a tiny fraction of it. Million-mile-per-year frequent fliers have only seen a small sliver of the world, only met a tiny number of people, and only witnessed a small part of the remarkable diversity of the world. Compared to the limits of what is out there, even the most savvy traveler knows just a little bit more than someone who has spent all their life in a small village.

It is only logical that only a narrow set of human experiences and ways of being are considered “natural” for any of us and that other ways of being seem more or less different. However, people respond to diversity in remarkably different ways. Why is this?

What matters more than absolute exposure are attitudes we pick up along the way and the mental models we develop. People who have been exposed to more diversity tend to think of differences as the norm and hence approach them with curiosity and openness as opposed to people who have lived relatively homogeneous lives and, thus, frame differences as an exception and approach it defensively.

For both sets of people, it is extremely important to treat diversity and inclusion as lifelong learning journeys and not as fixed destinations. The value of this shows up in meeting people who, in spite of their age, seem full of life and acceptance and excitement about new things, cultural moments. Whereas there are others who become crusty much sooner.

And admit that the waters

Around you have grown

And accept it that soon

You’ll be drenched to the bone

If your time to you is worth savin’

And you better start swimmin’

Who prophesize with your pen

And keep your eyes wide

And don’t speak too soon

For the wheel’s still in spin

And there’s no tellin’ who

For the loser now

Will be later to win

Don’t stand in the doorway

Don’t block up the hall

For he that gets hurt

Will be he who has stalled

The battle outside ragin’

Will soon shake your windows

And rattle your walls

What you can’t understand

Your sons and your daughters

Are beyond your command

Your old road is rapidly agin’

Please get out of the new one

If you can’t lend your hand

The line it is drawn

The curse it is cast

The slow one now

Will later be fast

As the present now

Will later be past

The order is rapidly fadin’

And the first one now

Will later be last