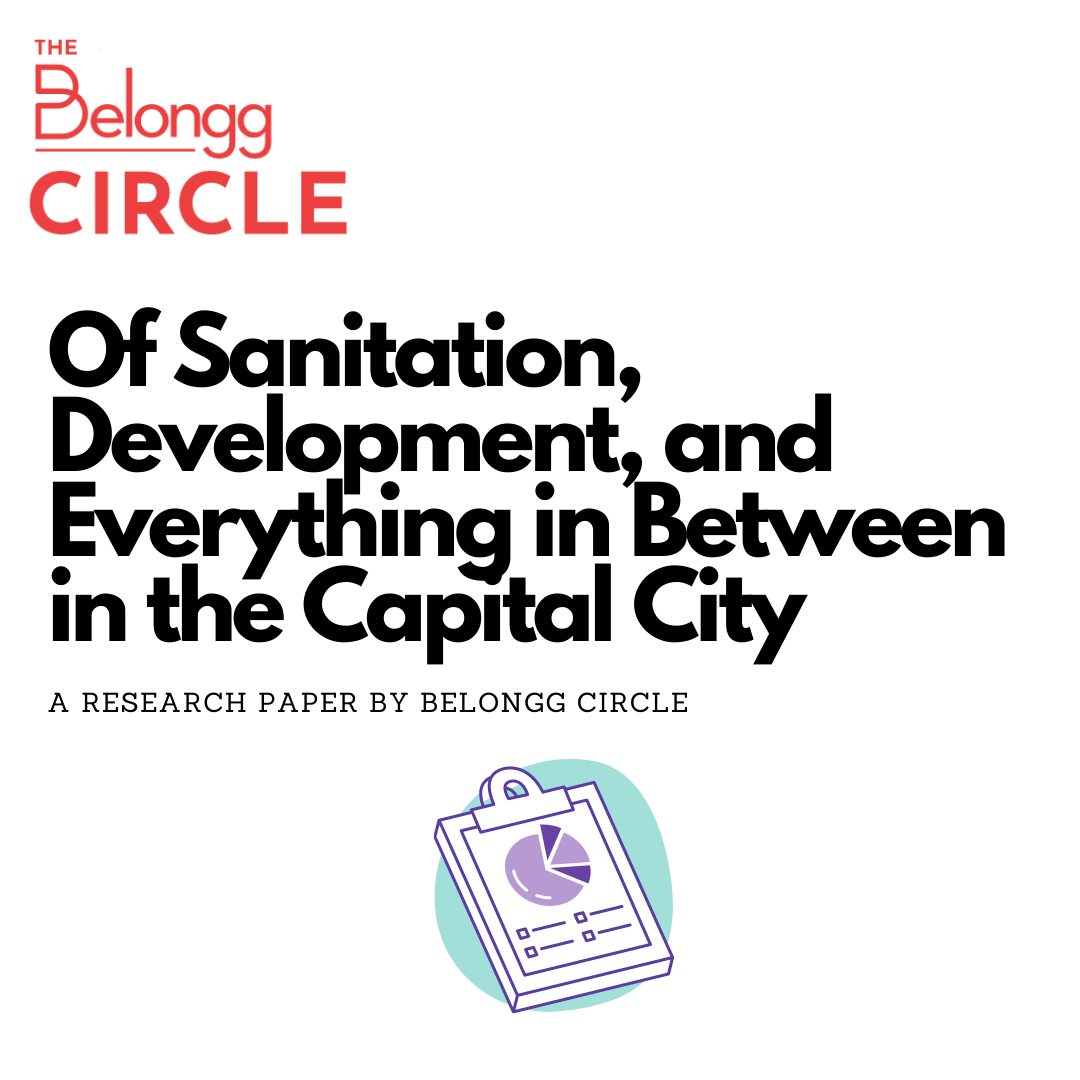 By Pranati Haldia and Sanjana Chettri :

In 2011, it was estimated that the population of Delhi was around 1.9 crores, with the surrounding National Capital Region (NCR) housing another 4.61 crore people. Considered to be one of the most developed cities in the country, the glamour of development that the city exhibits is often interrupted by the continuous coughing and breathlessness that one has to face in the most polluted city in the world- Delhi’s development has come at the cost of its environment, and by exploiting the labour of the marginalised to build its glass towers and ivory mountains. However, these supposedly developed spaces continue to gloss over a genuine concern that this ebbing city cannot keep a tab on- its waste disposal and sewage systems.

According to the Central Pollution Control Board’s report in 2013, Delhi generates at least 3800 million litres of sewage per day, though the official design capacity of the city’s 34 Waste Water Treatment Plants is to treat about 2700 million litres per day. Out of these estimates, it can actually treat about 1543 million litres per day because of physical damage and breakages.[1]With such dismal statistics, let us now consider that only about 50% of the population is covered by a sewerage network. [2] The sewage generated by the rest of the population goes through a number of surface drains into the river Yamuna. These sewers and septic tanks remain conveniently forgotten until they get blocked or need cleaning, which is when sanitation workers, primarily manual scavengers, are remembered, to enter these sewers and septic tanks physically, so that they can learn their living.

Since 2017, on an average, one person dies every five days while cleaning sewers and septic tanks, according to data collected in merely 13 states and Union Territories by the National Commission for Safai Karamcharis (NCSK). Out of these 13 states and UTs, Delhi-NCR remains one of the worst offenders in such instances, which can be attributed to a number of reasons, including its population density, land use pattern, and lack of urban planning. Nothing, however, can justify the dehumanising conditions that sanitation workers and/or Safai Karamcharis have to work in, and the conversation around this social issue cannot be raised only when their deaths are reported as blank statistics in our daily consumption of grim news. According to the Safai Karamchari Andolan, the number of deaths caused is much higher than what the official data of NCSK reflects, with 429 deaths being caused between 2016 to 2018 in Delhi alone.[3]

A quick google search on ‘sanitation workers in Delhi’ will show a page that glares us down with the terms ‘strike’, ‘protests’, ‘shortage of protective gear’ and ‘deaths’. One of the most important functionaries of any society, the importance of sanitation workers has become only more prominent in these days of the Corona pandemic, and yet their work continues to remain as invisibilized as ever. With the conversation on lack on ‘Personal Protective Equipment’ (PPE) becoming the key point initiated in almost all circles for ‘frontline’ workers during COVID19, sanitation workers have had this demand for multiple years, but have been ignored and silenced for it. Safai Karamcharis have not only been socially discriminated against and stigmatised for the work that they are forced to do generation after generation, but have also not found any tangible recourse that will help make their jobs safer, including in today’s time of the pandemic. Despite being described as ‘essential staff’ required to keep roads and public areas clean in this time of crisis, most sanitation workers were either not given masks, or were given only one or two masks, that would not last more than a day or two. A negligible number of workers were given gloves or sanitisers.

According to the President of the Delhi Safai Karamcharis Association, Mr Sanjay Gehlot, less than 2000 workers out of 8000 were given safety gear in East Delhi.[4] Since all three Municipal Corporations of Delhi do not come under the Delhi Government, they have further approached the Delhi Government to release more funds. An open letter was written by a group of concerned citizens to the Central and State Governments, highlighting the plight of sanitation workers during this pandemic, and listing five immediate steps that could be taken to not just control the pandemic, but also move towards a more socially equitable society[5]. The letter has accurately pointed towards the casteist foundations of sanitation work in India, which has continued to force workers to work without dignity and protection to date.

To develop a social work intervention model for the sanitation workers in Delhi, it was first important to list down the problems into broad chunks to be considered individually.