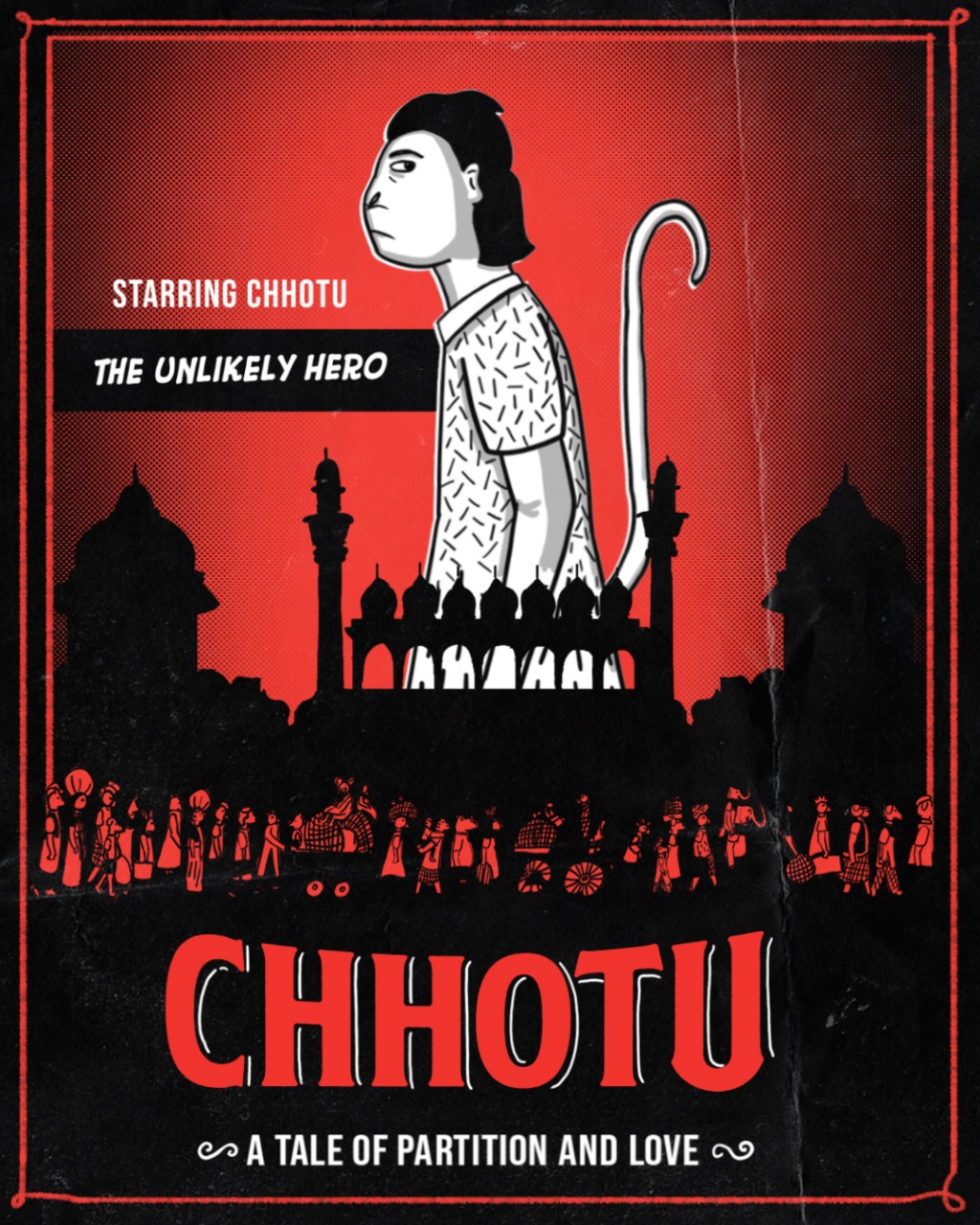 We spoke to authors Varud and Ayushi about their book; and here are some excerpts from our conversation.

‘Chhotu’ is a new graphic novel written by Varud Gupta and Ayushi Rastogi. It weaves a story of love, friendship and partition (India Partition during Independence) and touches upon deeper themes relating to society such as cultural identity and faith.

We spoke to authors Varud and Ayushi about their book; and here are some excerpts from our conversation:

A) What motivated you to write the book?

Given that the journey to make this book took over two years, it’s interesting to think back on our inspirations and how they have actually changed over that time.

At first, it was the idea of taking a ‘everyday superhero’ story — a story of someone small (i.e. Chhotu) who can still make a difference in the world around them. As we started to set this story during the time of Partition, a large amount of our anecdotal world-building came from our grandfathers. And so, we were inspired to slowly incorporate their stories.

Finally, during the last stretch of this project, a lot of the inspiration came from the present world around us — communal hatred, media-induced fear-mongering, and the politics of power — and we really pushed to draw parallels from the past events to those of the present.

B) What inspired the choice of characters: monkey / birds etc.? Are there certain metaphors at play?

Maus, the graphic novel was another of our inspirations for Chhotu — but we wanted to give the idea of animals as characters a little twist. In that book, the animal species are used to heighten differences between communities. For the Chandni Chowk of the past, we wanted to show it as a mixing and melding of the different cultures and faiths. Our little Animal Kingdom.

(Animals, because they are so cute and have ingrained stereotypes, also helped to build our character personalities).

C) What was your research process like? Did you go through some older documents/ research papers, etc.?

The biggest inspiration for us were our grandfathers who lived, worked, and built families in Chandni Chowk during the time of Partition. It was through their narratives that we built the world of 1947 — many details that you don’t find in history books today.

Apart from that, we did use history books to set the historical world in motion and we relied on personal stories to do our best to represent the emotions and mindsets of the time.

D) Did you speak to people who had lived through partition? Did anything strike you as interesting about how people think about the past when it comes to uncomfortable memories?

Our grandfathers were the primary first-person research we did and in fact it is quite interesting to see how their initial stories varied in perspective and depth from the stories we uncovered over time. Most notable of which was going from stories of a hardened man with the prejudices many still hold to the story of a naive child who didn’t understand their world was changing.

Varud: My favorite part of this, apart from being able to spend so much time with him before he passed away, was waking up to extensive WhatsApp messages from him as the stories continued to flow from his memory. It was in one of these messages that he had mentioned the ‘Naees’ or the barbers who know all the happenings of the town — which went on to inspire the character of our very own Naee ji.

E) What fraction of the discrimination that we see today is driven by deeply held trauma from events such as the partition?

We don’t know how to exactly quantify it, but the perspectives, trauma and horrors of that time are definitely pervasive until today. But we don’t even have to go to the past to see it, it’s happening in the world around us now — misrepresentation of facts and the sensationalization of the news specifically aimed at riling our emotions, breeding fear, and sowing mistrust in the people around us.

In that way, Chhotu is as much a story of the past as it is of the present.

F) What role do graphic novels and other creative formats have in terms of telling such stories and helping promote diversity and inclusion?

Both of us jumping into this project knew that we wanted to make something of social relevance. That isn’t to say that content — whether books or TV or movies — have to be of social issues. Entertainment can be just that, entertaining. But for the both of us, we knew that a reflection of the world around us in our respective creative fields is not only natural, but comes to mean more to us put out into the world with the chance of changing even a single mindset or inspiring even a single soul.

G) What is the power of fiction versus non-fiction when it comes to these themes?

In fiction, you have the opportunity to transport you reader into another world, only to find that world whether of fantasy or history, is exactly like that of the world around you. But through impactful storytelling in fiction, can resonate stronger and live on longer within the reader.

H) What other dimensions of discrimination lend themselves to a graphic novel? Do you have something along these in the works?

We don’t think we’ve even tackled enough of the issues when it comes to communalism, belonging, or identity in Chhotu — and if you make it to the ending, you’ll find that we do have more in store for Chhotu and his friends.

Ayushi and I were also very honored to work with the LaLit Hotel Group on a children’s series called Elphie that explore topics of diversity and inclusivity and are continuing to work on bringing these stories alive.