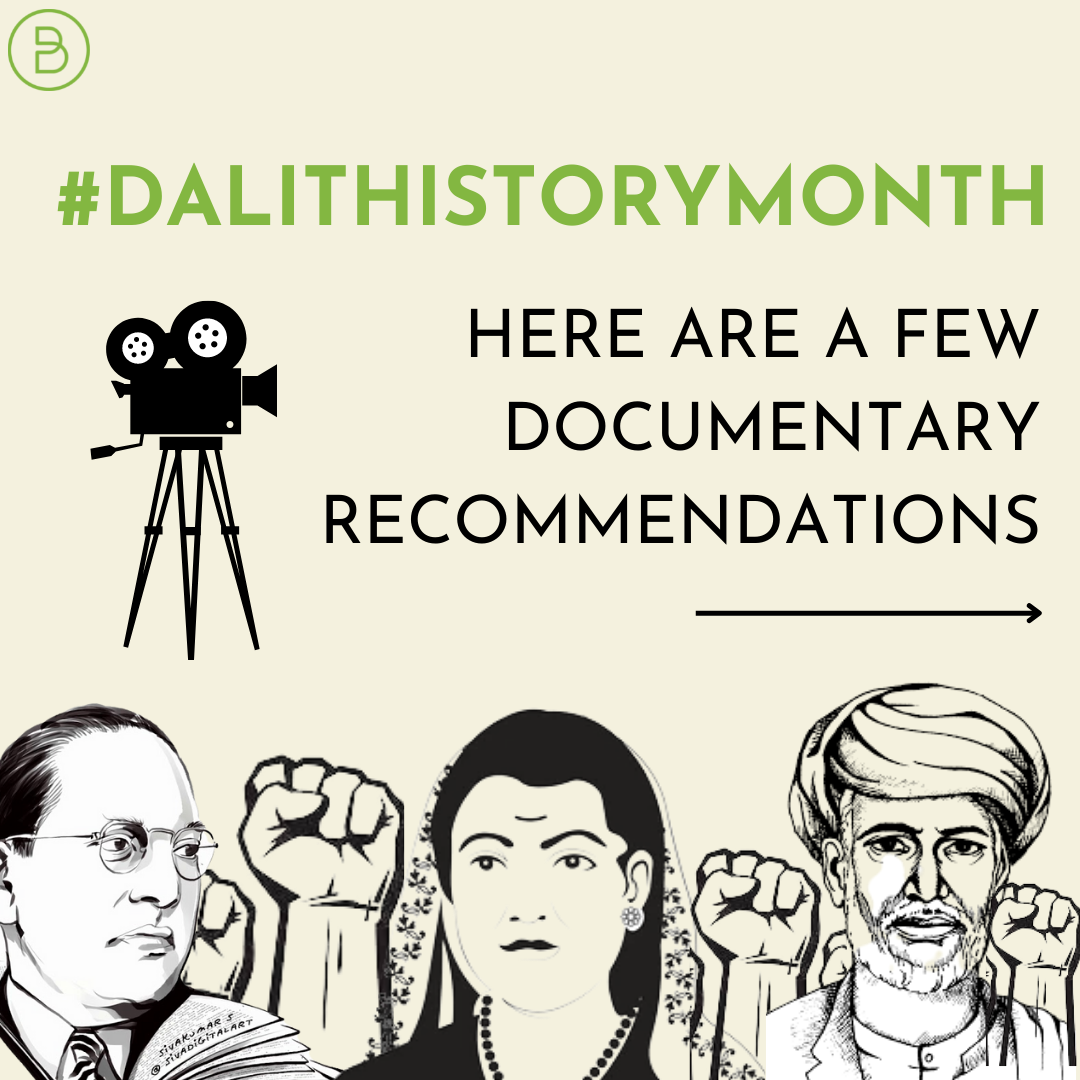 Inspired by Black History Month, April, the birth month of Dr B.R. Ambedkar, is celebrated as Dalit History Month to commemorate Dalit resistance and accomplishments and is a continued call for social justice. Here are a few documentary recommendations to understand the deep-rootedness of the caste system in India.

India Untouched is a 2007 award-winning research documentary by Indian Filmmaker Stalin K. It’s a comprehensive documentary exposing casteist oppression across four major religions in the country: Hinduism, Sikhism, Islam, and Christianity. Despite constitutional provisions against untouchability in India, it highlights the continued social practice of untouchability and caste-based segregation.

The 21-minute film, made by students of the Tata Institute of Social Sciences, looks at food as a site of exclusion and caste as an urban reality. It delves into the beef-eating practices in Mumbai and looks at the prevalence of caste differentiation in the food practices. It also explores caste politics on the campuses. Pertinently, the film failed to get approval from the Information and Broadcasting Ministry.

Directed by a French anthropologist Nicolas Jaoul, Sangharsh was shot during his PhD fieldwork in Kanpur in the late 1990s. It revolves around the life of three Dalit Panther activists and is an emotional journey outlining the struggle to assert one’s humanity despite the everyday realities of humiliation, exploitation and violence.

Directed by Anand Patwardhan, Jai Bhim Comrade is a musical documentary that explores caste in India. The film delves deep into issues of casteism and communalism, but also looks at the debates and dilemmas within the Dalit movement. The film exposes the loopholes within the institutions of police and judiciary in providing justice to the marginalized. It familiarizes us with the Ambedkarite resistance and mobilization to ‘Agitate, Educate, and Organize’, locating it within the political economy and larger questions of social justice.

Directed by Geeta Ilangovan, Jaathigal Irukkedi Papa – III (Caste Still Exists, My Child!), the 27-minute documentary explores caste-based atrocities and crimes through a conversation between teenagers and Udumalaipettai Kausalya. Kausalya’s Dalit husband, Shankar, was killed in a case of honour killing. Through her lived experience, the documentary aims to educate adolescents about caste-based crimes and discrimination.